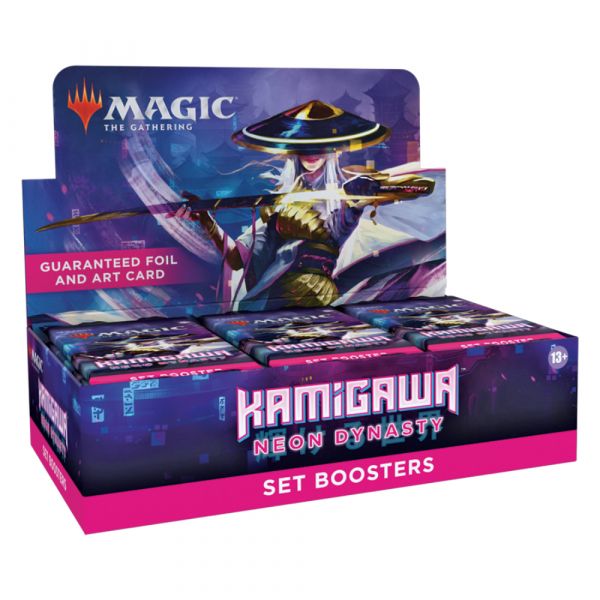 Kamigawa: Neon Dynasty, bridges the past and the future. Kamigawa represents a beloved plane from Magic’s History. Neon Dynasty brings a futuristic twist. Neon Dynasty is set in the current era on Kamigawa, more than 1200 years after conclusion of the original Kamigawa block in 3326 AR. The plane’s feudal past has met futuristic modernity, with ninjas and samurai now carrying a cyberpunk aesthetic.

These packs are aimed at players who are not interested in Draft or Limited play. Each 14-card pack includes several cards interconnected by theme, plus at least one foil card and at least one Rare or Mythic Rare. As you open this booster pack, you experience 4 different sections filled with several excitement points, instead of just the one in a usual booster.

Features:
• A new way of experiencing Booster openings, introduced in 2020.
• Each booster follows a path as you open it.
• 30 booster packs per display.