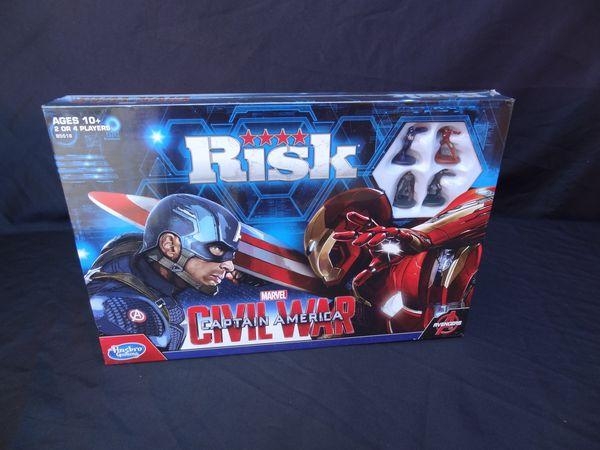 Wage an all-out battle at the airport in this special Captain America: Civil War edition of Risk!

Control the most territories, capture the Winter Soldier, and escape with the Quinjet before it reaches the end of the runway!

After five rounds of excitement and strategy, the game is over, and mission tokens are scored.

The team with the most points wins the game!